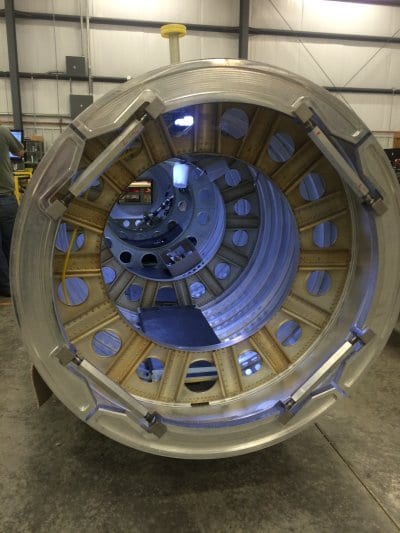 Other Details:
The CAFT assembly contains over 350 unique part numbers, including over 60 subassemblies. D-J Engineering fabricated over 80% of the tank details/assemblies in-house, performed both mechanized and spot welding of the tanks, and completed 100% of the tooling and assembly effort in house. A permanent Test Facility was set up at D-J to enable full functional testing on site, including filling the tanks with solvent and passing between tanks to test all working components of the assembly.